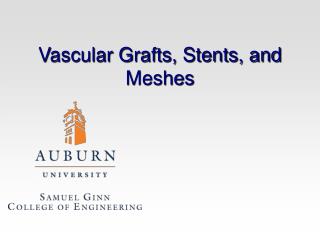 Vascular Grafts, Stents, and Meshes. Introduction. Arterial diseases Major medical problem world-wide One of the main causes of death in the US Surgical reconstruction Does not deal with the causes of disease Not fully understood Solve problems caused by symptoms. Porosity

Global Aortic Stents Grafts Market. - As per the report, a growing count of the elderly population with the occurrence of

Does a Preservation Solution for Vascular Grafts Matter? - . cabg has the most solid evidence from recent rcts supporting

The Placement of Stents Associated with Vascular Access - . asdin coding university. codes are generic. the codes for