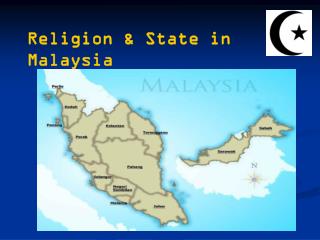 Religion & State in Malaysia Religious Composition Article 3 Art 3 (1) Islam is the religion of the Federation ; but other religions may be practised in peace and harmony in any part of the Federation.

Religion In Education - . presented by: the instructionistas “with liberty and justice for all”. pledge of

Religion in Scotland - . the background. one of the constituent countries making up the united kingdom. joined with

Religion in America - . differences. europe generally religion was determined by the ruler of the region (catholic,

Religion in Asia - . aryans. moved in after the indus valley civilization collapsed came through the khyber pass language

Religion in Norway: From Norse religion to Lutheran State Church Pål Ketil Botvar, KIFO - . some characteristics of the

Religion in Greece - . polytheistic. greece believed there were many gods and goddesses – which means they were

Water in religion - . b aptism ( christians ) function as cleansing cleaning in mosques (islam) of the spirit water as

Religion in China - . by aidan

Religion in China - . religion and the martial arts. yin and yang. polar opposites are interconnected and interdependent

Religion in Japan - . by: katherine, isabel, gabriel, and david. introduction. shintoism was the indigenous religion of