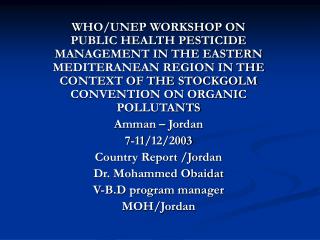 Escaping the Pesticide Trap: Non-Pesticide Management in India Ingredients for Success - . the crisis: the beginnings.

NPMA Eastern Region - . “the world has changed so much in 5 years. there is no reason to believe it won’t change as