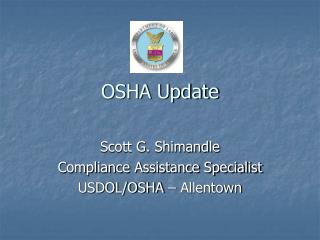 OSHA Update - . osha ’ s mission. to assure so far as possible every working man and woman in the nation safe and