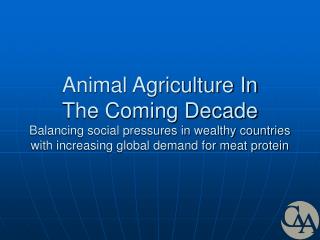 Case studies of investments in Agriculture in Africa: How SA could benefit - . amt 13 september 2011 john purchase.

Emerging powers in Africa: The Role of China as a Partner in Development - . sid lecture series vu university,

Both Countries Grew Strongly over the Decade Australia stronger, but not by much - . gdp growth. but australia

Save our Planet ! - . urgency. we are at crisis point. “we are all toast if we don’t get on another path.” ~ james

Section 2: The Environment and Society - . preview bellringer objectives “the tragedy of the commons” costs and Ch. 21 Demand and Supply - . section 1 demand. an introduction to demand. in the u.s., the forces of supply and demand