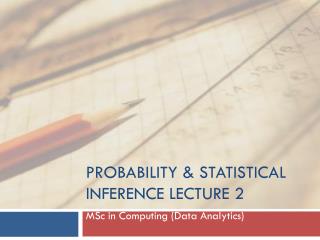 Corpora and Statistical Methods - . albert gatt. in this lecture. introduction to natural language generation (nlg ) the

Statistical Inference - . making decisions regarding the population base on a sample. decision types. estimation.

What is the probability that the spinner will land on blue? - . in this lesson you will learn how to calculate the