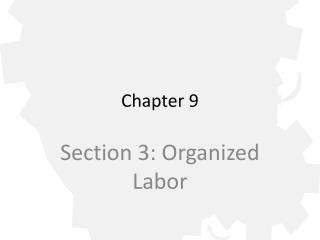 Chapter 9. Section 3: Organized Labor. Labor & Labor Unions. Wages are determined by the forces of supply & demand Competition among firms keeps a worker’s wages close to their level of productivity.