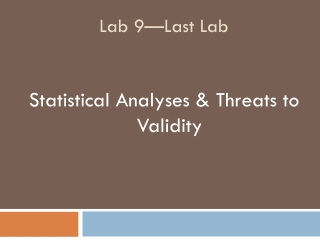 Lab 9—Last Lab. Statistical Analyses & Threats to Validity. Background. Recall from last lab that there are two major types of designs. If you are interested in the association between continuous variables, you should use a correlational design.