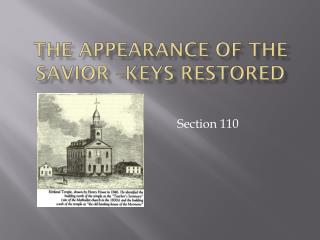 Keys to Wealth and Wellness - . raymond cox jay timms bmt ma ccc. powered by. about michael ellison. over 30 years of

Alicia Keys - A true music prodigy determined born and raised in new york city, alicia went through many obstacles, but

LDS Jeopardy - . welcome to lds jeopardy! be certain your answers in question format. creation. jesus christ is our

Tests of Adult Basic Education TABE - . you must view this presentation as a slide show, under the view menu. read the

Minimizing the number of keys for secure communication in a network - . by niels duif. remarks. ask questions proof by