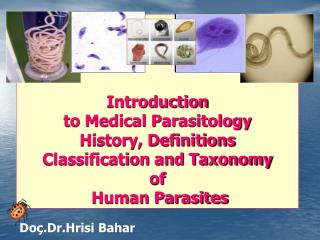 Introduction to Medical Parasitology History, Definitions Classification and Taxonomy of Human Parasites. Doç.Dr.Hrisi Bahar. Parasitology. Parasitology – science about parasitic animals and relationships with their hosts. Para + situ + logos = conversation about those living nearby us

ON THE WAY TO SCHOOL - . by siti nurbadariah mohammed bahar (peh070066). suzy and lucy are going to their school. they go