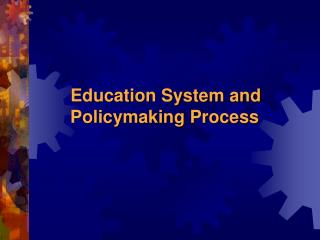 Bringing Everyone to the Table: Promising Practices for Inclusive Public Policymaking - . presentation by: clyde terry

The process of job aplicatıon ın turkey - . index. what kind of education do i need ? the process of choosing an

The Education System in Spain - International programme : coping with inclusion in primary schools april 16-27, 2007. the

Challenges of American Nurses in the Age of Health Care Reform: Education, Policymaking, and - The nursing care delivery

Economic Policymaking - . chapter 17. government and the economy. definitions: capitalism: an economic system in which