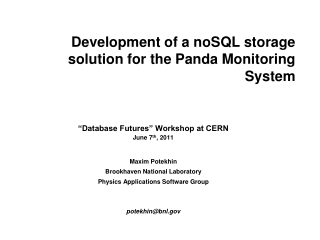 Development of a noSQL storage solution for the Panda Monitoring System

Development of a noSQL storage solution for the Panda Monitoring System