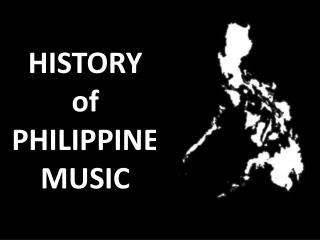 History of The Music Press - . lesson objective. at the end of the lesson we will have developed an understanding of the

History of the Music Industry - . from chapter 6 of vogel’s entertainment industry economics. timeline. sources of

History of Folk Music - . what is folk?. definition of folk? relating to the traditional art or culture of a community or

Philippine Music during the Spanish Era - . in what ways and means did the spanish missionaries taught the early

Music history - . medieval/renaissance era. 1300-1600. music was mostly written for church use pope gregory had a

The History of Music - . music ’ s humble beginnings. during this unit, we will…. what will i be doing?. what do you