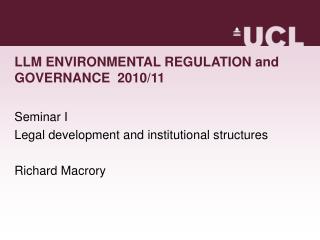 A new pathway for the regulation and governance of health research - . professor deborah ashby co-director of imperial

Legislative Drafting - . module six. ap herbert. i’m the parliamentary draftsman and i make the country’s law. and of

The Legal Landscape After Nuclear Spacecraft Reentry and Contamination: Are International Environmental Law and Space L

Introduction to IFX April 2010 - . organization and governance framework and architecture the ifx standard the bms

What is IPAT and how does it help frame environmental issues? What are current projections for human population growth,