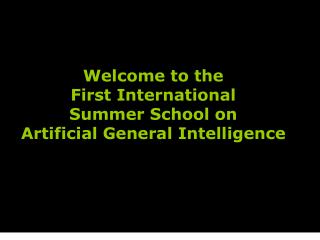 General Artificial Intelligence : An Overview on The New Era - Here you will find an overview of general artificial

WELCOME to the WICS FIRST GENERAL MEETING! - . our

Welcome to the First General Meeting - 2013 - . devika apartments residents meet. objective. to understand the need for