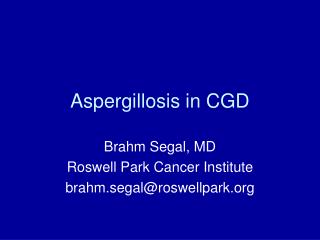 Innate vs. Adaptive Immunity - Primitive (found in all multicellular organisms) directed towards types of molecules

Aspergillosis – who gets what, why and when - . david w. denning director, national aspergillosis centre university

Primary Immunodeficiency Diseases - . primary immunodeficiencies are those in which the defect is intrinsic to the immune

Antifungal combination therapy: where are we? - . malcolm richardson university of helsinki. icaac 2002. at least 25