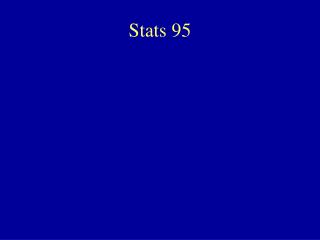 Stats 95. Two Branches Of Statistics. Descriptive. Inferential. Using sample data to make estimates of the rest of the population Can infer only from a Sample to the Population. Organize Summarize Communicate … a body of observed data Describe a Population or a Sample.

Welcome to AP Stats! - . ms. matthews. what is statistics?. statistics:. science of learning from data. this includes