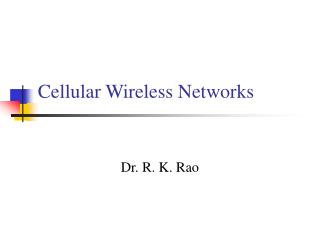 Cellular Wireless Networks - Lecture learning outcomes. at the end of the lecture, the student should be able