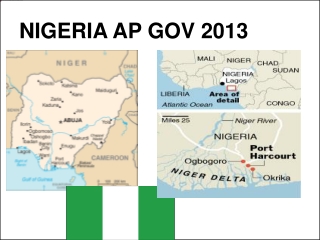 NIGERIA AP GOV 2013. More than 54.7% of the population (75 million people) live below the poverty line in a country where the life expectancy is 47. Intro to AP Gov - . what is the purpose of government? make your own definition of government what do you picture when

Ap Gov Chapter 1 - . what are the two main questions of government?. who governs and to what ends?. what is power?. the