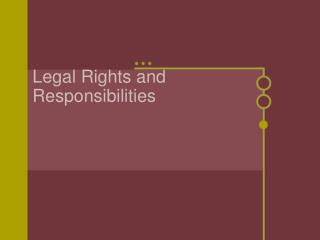 Consumer Rights and Responsibilities - . chapters 3.1 and 3.4. safety . right to safety products must not endanger

Gender and Sexually Variant Students The Legal Responsibilities of Educators - . this is a guide and over view and legal