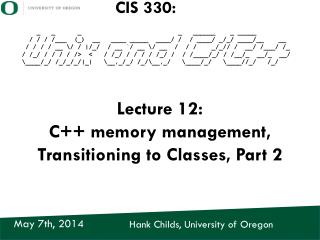 THANK YOU T HANK YOU THANK YOU - . i want to thank you all so very much for your time, effort, skills and enthusiasm.

Department of Computer and Information Science - . ph.d. graduate program. where is the university of oregon?. eugene.