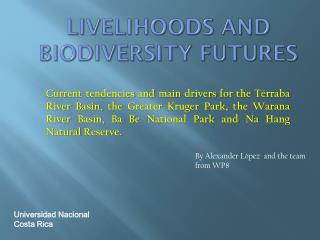 Conservation of BIODIVERSITY - . biodiversity can be assessed and conserved at several levels: molecular/genetic (rare

Options and Futures: Risk Management - . 730g81 linköpings university. what is a derivative?. a derivative is an

Futures for DSM Physical Implementation: Where is the Value, and Who Will Pay? - . andrew b. kahng abk@cs.ucla.edu ,

Biodiversity and Extinction - . nothing is forever. natural extinctions. surprisingly enough, we know very little about