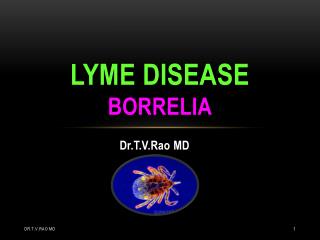 lyme disease Borrelia. Dr.T.V.Rao MD. In the early 1900s, manifestation first reported in Europe associated it with tick bites In 1975, outbreak in Lyme, Connecticut Believed to be juvenile rheumatoid arthritis