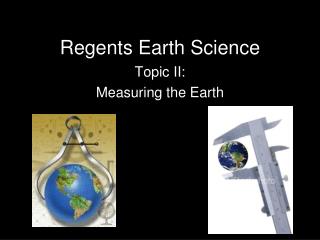 Regents Earth Science . Topic II: Measuring the Earth. Is the Earth Round?. Not exactly………so Columbus wasn’t right!. The Earth appears round but when “measured”, it is actually flattened at the poles and bulging at the equator… Earth Science Regents Review - . weather and climate ms. whittaker. wind is named for the direction that it is coming

Earth Science - . section 17.2 – seafloor spreading. objectives. summarize the evidence that led to the discovery of