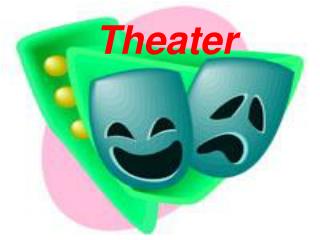 Technical Theater - . terms, movement, safety, practices. proscenium - the arch that separates the stage from the

Drive-In Theater - . what do you see?. a large outdoor movie screen a projection booth a snack bar a large parking area

GREEK THEATER - . sophocles,. and tragedy. warm up: pick up handouts from the front. get out colorful pens and

Welcome to the Theater!! - The elizabethan age/ the english renaissance. welcome to the theater!!. by: shelby yost.

Antigone and Greek Theater - . dionysus the god of wine and fertility thought to liberate believers from personal

Ancient Greek Theater - . this is where it all began: the theatre of dionysus in athens. . scope of