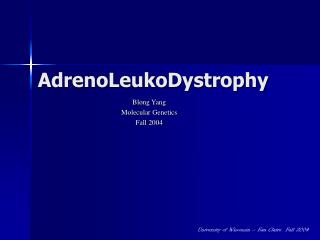 Adrenoleukodystrophy - . its one of the biggest words you’ll ever see. what is

Albinism - . by: tyler barton. albinism. also know as albino. the scientific name is achromia . it is the loss of color

Beyond Mendel’s Laws of Inheritance - . extending mendelian genetics. mendel worked with a simple system peas are

Do Now - Answer the questions below in your notebook/binder: grasshoppers are diploid and have a total of 24 chromosomes

Hemophilia and - . gene therapy. developed in the 1970’s as a product of molecular biology gene therapy - technique