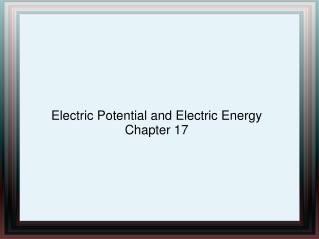 Electric Potential and Electric Energy Chapter 17. Potential Energy. Let's go back to junior physics for a second :) What is gravitational potential energy? Energy that depends on an object's mass and its position relative to some point