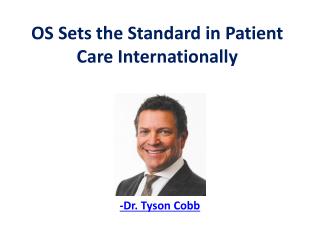 the standard of care

Patient Care - Objectives. to review most of the facts that are essential to understanding patient care and management..

Vision - SLCSD sets the standard for excellence in education. - Character education is a vehicle to assist schools in

Patient/Family-Centered Care in the ICU - . tuesday, september 07, 2010 healthcare design of the future. introduction.