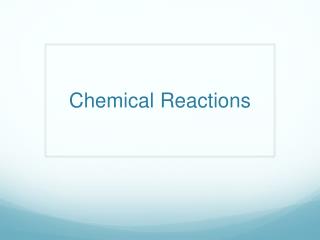 Nomenclature Chemical Formulas Reactions - . which is an example of a synthesis reaction?. a. hcl + koh  kcl + h 2 o

Physical and Chemical Properties and Reactions of Alkenes and Alkynes - Che-240 unit 3. physical and chemical properties

How Can We Describe Chemical Reactions? - . chemistry unit 9. main ideas. chemical reactions are represented by balanced