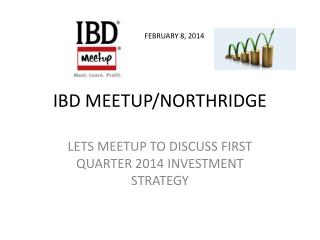 IBD MEETUP/NORTHRIDGE - . september 21, 2013. summer is over, september looms. t he last 50 years, september has been the

IBD Meetup - . putting it all together organizers – tom ellis and lee tanner creating a watch list - presented by tom