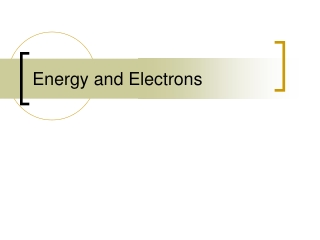 Energy and Electrons. Electrons. What are electrons?. Electron Configuration. Electron configuration is the arrangement of electrons in an atom, molecule or other body. The electrons occupy specific probability regions (known as orbitals), whose shapes and electron capacity vary.