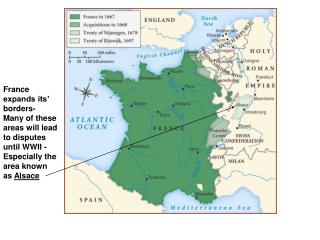 France expands its’ borders- Many of these areas will lead to disputes until WWII - Especially the area known as Alsace. Henry II of France. Ruled France 1547-1559 (died unexpectedly after a jousting tournament) Early 16 th Century- War BTW France/Spain

Horrid Henry's nits - . by francesca simon illustrated by tony ross. horrid henry has been up to no good. he's been

DAILY ANNOUNCEMENTS wednesday , october 1, 2014 - . this day in history. 1800 spain ceded louisiana to france in the

from Walden, or Life in the Woods by Henry David Thoreau - . feature menu. introducing the selection literary focus:

Section II: Louis XIV Rules France (Pages 392-396) - This section is about: the conflicts over religion during the

France in the Age of Absolutism - . catholic and huguenots. despite the spread of reformation ideas, france remained a

II. French &amp; Indian War - . a. superpowers collide 1. not the first war between france and england a. king