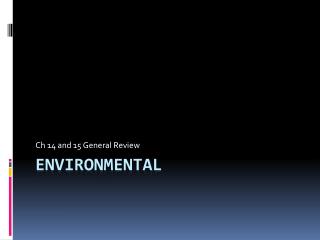 Ch 14 and 15 General Review. Environmental. For what purposes do we use land? Farming, mining, recreation, building cities and roads. Land that is covered mainly with buildings and roads. Urban land. An area that contains 2500 or more people and has a governing body. Urban area.