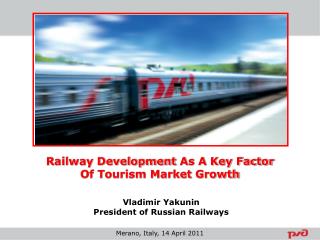 DMITREY MEDVEDEV PRESIDENT OF THE RUSSIAN FEDERATION : - «land must be made to serve residential construction».

Dr. Vladimir A. Orlov President, PIR Center - Security threats in the middle east and northern africa: the problem of

RAILWAYS - The economic, social and geographic benefits. railways. by the end of this lesson you can: general – at

railways - . in the past. to day. and tomorrow. jan ilÍk ministry of transport, cz. role of railway transport.

Railways - . t he “rocket”. a long time ago in 1829 two brothers george and robert stephenson built a locomotive

The President is the head of the Russian Federation - . medvedev d.a. the president appoints the federal government. the

Indian Railways - . marketing. shift from the „supply‟ concept to the „marketing‟ concept. need: competition from