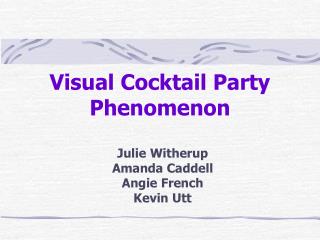 Bullying in the Workplace - . identifying and addressing the issue psac north – ohs 2011 conference. the phenomenon the

Make It a Party - . host your retirement party at the oaks health club . we do the work you enjoy the moment . two-hour

Sensation and Perception - . sensation: your window to the world perception: interpreting what comes in your window.

Perception - . perception. the organization and interpretation of our sensations. it is how we create meaning for what we