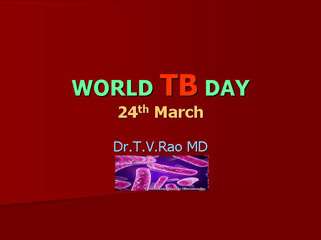 Tuberculosis continues to spread globally and a great human concern, measures needed to strengthen the stopping the spread of diseases

World Tourism Day - The man from earlier times has been wandering in search of places, food, water and now peace. over