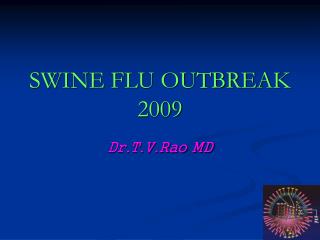 Breeds of Swine - . objectives . identify the different breeds of swine, origin, color patterns and characteristics that

H1N1 Virus - . grace givens and callie chase. what is it?. subtype of the influenza virus respiratory virus that