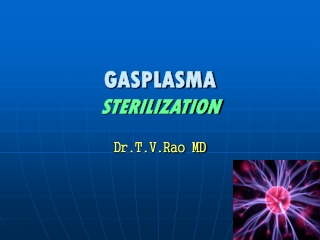 Batch sterilization - . most nutrient media are presently sterilized in batch volumes in the bioreactor at 121°c.

Sterilization Brought to you b y: Marta Sacha Jennifer Ghazaleh - . sterilization. defined as destruction of all living

Plasma - . a basic introduction &amp; some cool stuff. matthew wan phys 420. what is it?. a hot ionized gas the

Plasma - What It Is, What It isn’t - . a shocking exposé with investigations by mcgourty and rideout. 4 th state of