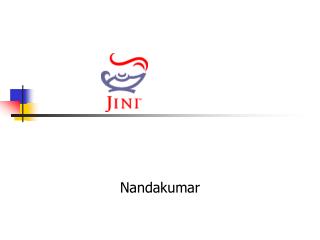 Nandakumar. JINI. Jini is a layer atop JAVA like JFC or JDBC. Jini basically offers api’s for programming in a distributed environment. The Jini project was initiated to extend Java for what it was originally developed for. JINI….

One stop solution for Infrastructure &amp; Interior's Contact : NandaKumar -9741675000 - . a brief description of the

The Relationship Between Health Sector Reform and the Delivery of HIV/AIDS Services - . presented by courtney barnett

The Use of Scribes and Score Sheets - . what is a scribe and when does the judge need one?. a scribe is the person that

HOME APPLIANCE CONTROL SYSTEM - . prashanti karnati aparna nandakumar sharayu patil. why hacs ???. when: you are in a