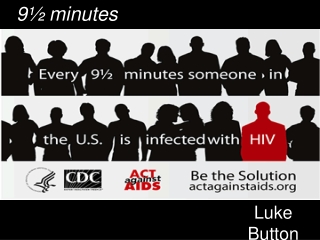 Luke Button. 9½ minutes. Back Ground. When this PSA was made the healthcare debate was taking place The United States came into contact with HIV/AIDS on a more regular manner in the 1980s. HIV/AIDS is contracted through unprotected sex and not through saliva.