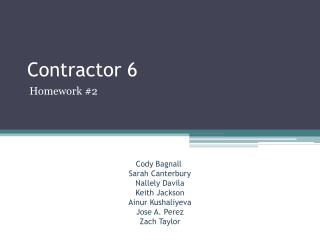 6 Importance of quantity surveying in construction work - 1. for every civil engineering project, one should must hire Activating the Registers within Construction Procurement 1b - . a generic procurement process. activity 1: establish what

At-Risk Contractor Program - . 2011 revision. at-risk definition. new to the craft or new to the dow freeport site and