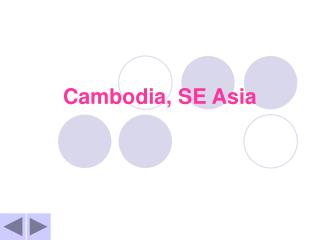 Economies of SE Asia - . what causes some asian countries to have good or bad economies?. driving forces in asian

SE Asia Review Game - . what organization formed in 1885 to fight for the independence of india?. indian national

Asia Economic Outlook and Implications for Cambodia - . presentation at the royal school of administration olaf

East and SE Asia Review - . world geography. setting up your page. take out a sheet of paper fold it in half then fold it