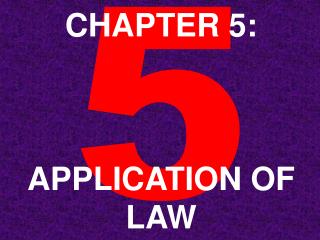 The Fifth Chapter Capacitance sensor - . this chapter studies the electric capacity sensor's principle and the

F5 for Application Delivery Networking A Blueprint for Successful Application Use Environment - . presented by: timo

Chapter 3 - . application layer functionality and protocols. note for instructors. these presentations are the result of

Chapter 3 Determinants - . 3.1 the determinant of a matrix 3.2 determinant and elementary operations 3.3 properties of