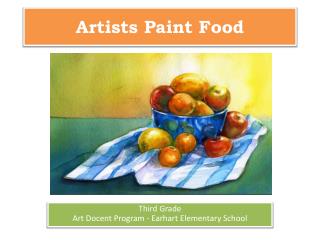 AIM: What are Food Chains, Webs and Pyramids? - . objectives. construct models to demonstrate that organisms are related

CANADA’S FOOD GUIDE - . history of the guide the food groups recommended daily servings what is a serving.