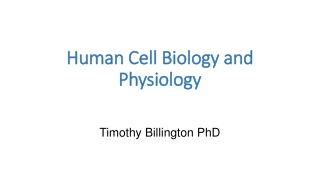 Cell Physiology - . how cells function. are my cells alive?. a. cells are the basic unit of structure and function in

Cell Physiology - . the “inner life of a cell” components and their functions cell to cell junctions - forming