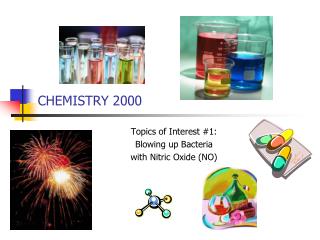 CHEMISTRY 2000. Topics of Interest #1: Blowing up Bacteria with Nitric Oxide (NO). Current Treatments for Tuberculosis.