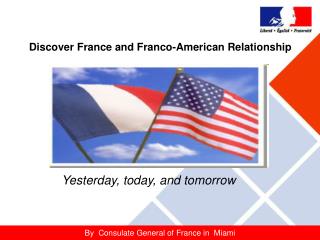 Discover France and Franco-American Relationship. Yesterday, today, and tomorrow. By Consulate General of France in Miami. France = wine, cheese and fashion ?. France on the move = transportation and energy!. Spurious Relationship - . a correlation between two variables that have no causal relationship; both variables are caused

Chapter 3 - . simplification of switching functions. karnaugh maps (k-map). a k-map is a graphical representation of a

Why would you want to know about pulsars and why would you like to discover more? - Pulsars i. the why and how of

Chapter 3 - . simplification of switching functions. karnaugh maps (k-map). a k-map is a graphical representation of a

Discover the Microbes Within! The Wolbachia Project - . real-world research in the classroom. discover the microbes

EXPLORERS DON’T “MISS THE BOAT” - . ??essential questions?? how did the explorers contribute to the development of