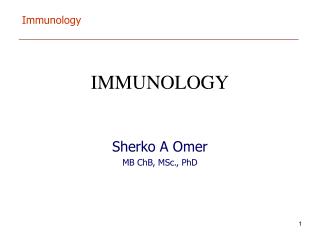 Immunology: - The only science where you can still get a nobel prize with two test-tubes and a mouse…. immunology:

Immunology - . antigens some chemical that creates immune response most are proteins or large polysaccharides from a