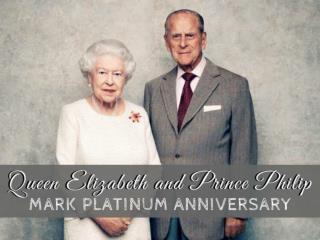 Queen Elizabeth and husband Prince Philip mark their platinum wedding anniversary with a small family get-together, a far cry from the pomp and celebration which greeted their marriage 70 years ago. Wedding Anniversary - Using balloon decorators in bangalore to make the party as grand and unique.

Content Is King (and Queen and Prince) - . info 654 - spring 2007. sources and credits for this material. used material

70th Anniversary of the Defeat of Nazi Germany - . lessons of history must not be forgotten. a historic day. 70 years

70 th Wedding Anniversary - . 235 dowd rd. elyria. dee toth. she will be transferring to st. paul’s, westlake in the

The Prince and the Pauper by Mark Twain - . chapter 2-3 by ron chen. chapter 2: question 1. what does offal mean? how

Isidro and Flor’s 50 th Wedding Anniversary - . 50 years together is a milestone that takes courage, patience, and most