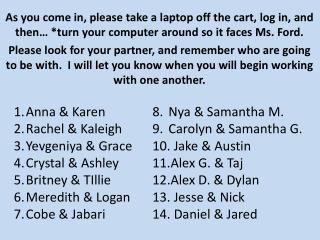 BRITNEY SPEARS - . britney spears is one of the world’s famous pop princesses. but how did she become famous? britney

奇异恩典 何等甘甜 Amazing grace how sweet the sound 我罪已得赦免 That saved a wretch like me!

Amazing Grace (My Chains Are Gone ) - Amazing grace how sweet the sound that saved a wretch like me i once was lost, but

Strategy: A View From the Top Chapter 5 Analyzing an Organization’s Strategic Resource Base - . chase mueller tanner

Sexuality and Spinal Cord Injury - . starting over. why i am involved… . part of a poem that explains: i would touch

Rachel Carson and Silent Spring - . “if i had influence with the good fairy who is supposed to preside over the

What Celebrities Would Look Like If They Moved To Missouri - Thanks to photoshop credited to planethiltron.com created